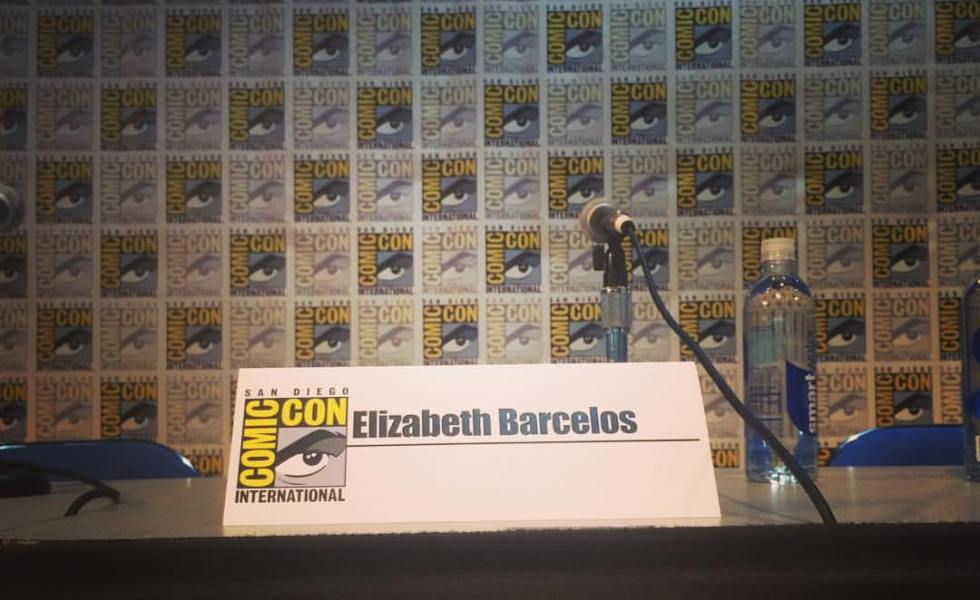 As Marina and I were talking back to the car last night, she gave this article a far better summary than I ever could. “You just had the most Comic Con day ever.”

At least, that’s how I remember it. I had several beers at a NorCal/Long Beach Funky Quaffles (a team I would totally include in NCQC if I could) Quidditch reunion, so my memories are artfully blurred like an Instagram filter as I write down my memories of the day this Friday evening that I’ll polish and edit Saturday morning.

It’s #WestRCgoestoSDCC Day 3, y’all. As always, this is a quick breakdown before I return to the fray. Thoughtful and insightful will have to wait until I get home.

After a few days of being here, I was feeling less intimidated. I got to the convention center early since Marina’s on staff, parked upstairs near an outlet, and charged my devices as I wrote yesterday’s blog. Then, it was off #LineCon2016

Everything was great. Until they weren’t.

Rick and Morty and the Line that Broke Me

Got to the Indigo Ballroom line. Marina said it had been inside the hotel in years past. This year, it was not. I ached, I burned, I nearly melted… and I didn’t make it inside by 2:15.

Crashed and showered at Alison’s hotel room, considered being a hermit the rest of the day. If we’re friends on Facebook (and let’s face it, I know you are because I look at where my incoming traffic comes from), you know what happens next.

I met up with San Diego native and former SJSU Quidditch teammate Lauren along with her former teammate from the South Bay Blazers, Michael.

She spotted Danny Pudi. We didn’t want to bother him because he had probably had a long day, so Michael bought him a drink. We raised glasses to one another and later he came to talk to us. He was at the bar because he Yelped the place, proving that celebrities are just like us. 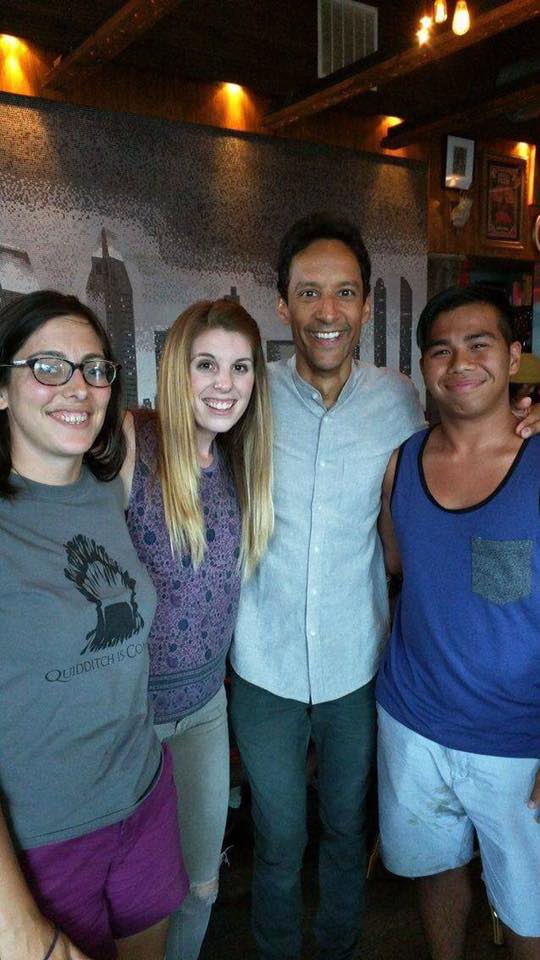 Eventually Gino from LBFQ and Marina came. She asked a guy at a nearby table if she could borrow a chair. Lauren thought it was Elijah Wood. We argued about if was him. I didn’t think we’d be that lucky twice in a row. We were. Marina returned the chair before he left and asked if he’d take a picture with us. (Lesson to be learned here: Never be afraid to ask. The worst anyone can tell you is no.) 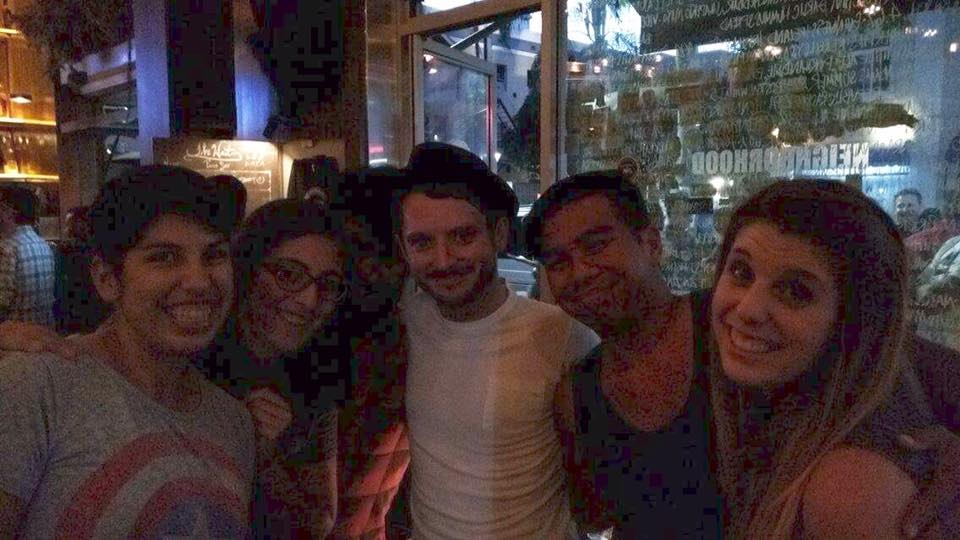 I don’t think he was expecting this many nerds, but oh well!

None of this would have happened without quidditch. Not the agony of the Indigo Ballroom line or the ecstasy of being giggling fanboys with my friends. I am so blessed to be part of this sport and this community.

Sorry that this seems short; buzzed me only write bullet points last night and I refuse to be late to get in line this morning after the Indigo Ballroom Meltdown. Until tomorrow, friends!