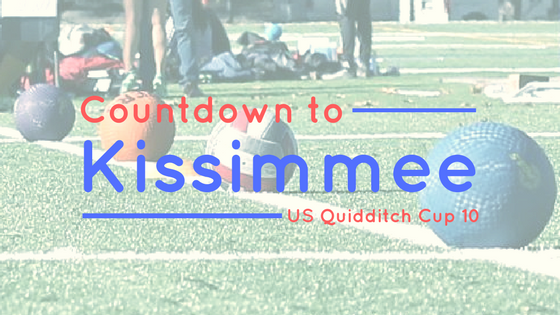 Okay, this might be a bit of a lukewarm take. This was supposed to go up last night, but between Portuguese school, trying to cook dinner, and deciding that watching The Great British Baking Show was a better way to spend my night, this got put off to today.

I like to think that I know about as much about quidditch as the next person who pays a decent amount of attention. Even that comes with a disclaimer: I only pay close attention to the sport in the West and Northwest and only casually keep up with teams on the other side of the Rockies. I could go on for days about what I think college teams need to develop, how tournaments should be run, the value of fantasy tournaments, volunteer burnout, and other Quidditch Mom Content. What I’m not, however, is an expert on strategy, rankings, and analysis.

All these traits make me terrible at analyzing the pool I find my team in. But am I gonna try and do it anyway? Yeah. (It got me plenty of clicks the last time I tried.) Take these hot takes of the US Quidditch Cup 10 pool draw with a grain of salt. (If you’re reading this, I know you probably have salt to spare.)

All I know from personal experience is that their twitter is 🔥. Also, I’m sure our Richmond West contingent is thrilled to play their Mid-Atlantic friends again.

They’re still called the Remembralls and this pleases me. I’m not saying we need to bring back the whimsy or anything like that. I just think a team’s name is reflective of their history. We’ve seen teams like the Moorpark Marauders and Remus’s Riverside Runners disappear in California. The Hollywood Harpies still exist unofficially and practice from time and SJSU changed their name from the OWLS (Original Wizarding League of Spartans) to just the Spartans when they became a club sport. So it’s nice to face off against another team with a long history that’s managed to remain relevant.

While I’ve never played this team (or any of the other teams in our pool) before, I do remember watching the Skrewts play Minnesota during the Great Swiss Experiment at World Cup 8. I don’t know the final score and it’s not on the USQ page of past Skrewts scores for some reason, but I do remember it being a loss via snitch grab. (Update: found it on the old WC8 website. It was 90*-30.) The Skrewts have had a lot of turnover since then, and I’d guess that Minnesota has too considering the nature of a college team, but it’ll be interesting to see how that game compares the one to come.

Oh hey, that’s us. We’re okay, I guess. I also just realized that we’re the only community team in a pool full of accomplished college teams, so I’m sure this pool will be fodder for more discussions about the community/college split.

I feel like this is what we get for making them and Minnesota into a CAQ2 card. But I’m going to look on the bright side. If we were going to get a Southwest team, at least it was a pot 5 Southwest team. (Don’t forget to get your Cards Against Quidditch and other Skrewts merch before I shut our fundraiser down on Monday!)

Bonus Content: The Greatest Pool Draw of All (My) Time

While I’m glad last night’s video went by fast enough for me to watch it before Portuguese school, it pales in comparison to my favorite pool draw: IQA World Cup 7. It’s not just because I can still remember the thrill of sitting in the courtyard of Sweeney Hall with a bunch of other SJSU players, craning to get a look at my laptop screen as we eagerly awaited our fate.

See, I wouldn’t have that memory if they pool draw show hadn’t been a show. So, enjoy Martin Pyne putting names on the wall and some old school USQ Gameplay banter. I swear it’s way more thrilling than I’m making it sound.