Most days, I’m happy if my Portuguese students retain enough from the one night a week I have with them to be able to speak to their grandparents. I hope that they remember how conjugation works for when they take other foreign languages. And maybe, if I’m lucky, I have a few that fall in love with the language like I did.

Yesterday was different. Yesterday, I terrified them. Then, I made them think.

Forty-three years and one day ago, something unbelievable happened. A military coup overthrew a dictatorship in a bloodless coup to establish a democracy. Normally it’s the other way around, right? Bloody military coup brings about dictatorship. That’s the headline you’re used to seeing.

Well, that’s what happened in Portugal. Really. After forty-one years of the Estado Novo, a dictatorship headed for most of its existence by the most low-key of European dictators, Antonio Salazar (and if that name is familiar, it’s because JK Rowling named the founder of Slytherin House after him), a positive regime change happened from within during the Cold War without US intervention. Pretty cool, huh?

The army took to the streets of Lisbon and took over. The people welcomed them and gave them carnations to put in their rifles and on their uniforms, and that’s how the Carnation Revolution got its name.

Things got a little more complicated later, but my students are between seven and twelve years old. I can only go into so much political nuance. At least one of them didn’t know what the words dictator or democracy meant before class yesterday.

After the meltdown my students had over our most recent presidential election, I was a little worried about talking about politics in class again. It’s also pointless exercise to make 1-to-1 comparisons between a 40+ year dictatorship and the first 100 days of a demogogue-in-chief. I’m not saying I’m a fan of dictatorships (except when the dictator is me, of course), but at least Salazar was an economics professor before we went into politics.

(students names have been changed, but these things really happened)

Normally, my classroom door is open before class. I talk to the kids about their week if they come in early. I give them a sneak peek of what we’re doing that day. I want to be approachable. I want them to feel like Portuguese school is fun.

Yesterday, the door was firmly shut until 6:30 on the dot. A few of them knocked. I told them to wait until it was time for class. As they entered, I took away all their books and their electronic devices. Instead of letting them sit at the big table together like they usually do, I split them up by gender, then I had them sit in groups no bigger than three.

“You guys have been messing around too much,” I said. “So you’re going to sit there, copy the new verb on the board, and not talk. I will know if you talk because one of you is a spy. They will tell me the truth.”

“Except for Amalia and Noelia,” I said, singling out two of my students. “You two, come with me into the office. Now.”

My classroom was the quietest it’s ever been as I led the girls into the back office.

Once the door was shut, I took the Professora Ditadora mask off. “Don’t worry guys, you aren’t in trouble. We’re doing a history lesson today. Do you guys know what a dictatorship is?” I handed them the red carnations, gave them a quick breakdown of what I was doing, and told them when they could come into class and hand out the flowers.

I went back into the silent classroom, asked if they were done (they weren’t), and then went back into the office and shut the door loud enough for them to hear. Then I quietly cracked it open again. It didn’t take too long to hear the whispers.

The Professora Ditadora mask was back on as I stormed into the classroom. “Who was talking? Don’t think I don’t know.”

“No one was talking,” Alvaro said.

“I know you’re lying. Either the spy is going to tell me after class and you’re all going to write lines, or one of you will tell me right now.”

Valeria raised a guilty finger at Aurelia, who nodded guiltily. I made everyone get back to work and led her into the office.

Oh God, please don’t cry, I thought as I was trailed by a heartbroken seven-year-old. I crouched down to her level once the door was shut. “Aurelia, querida, you’re not in trouble. Everything is okay. Do you know a dictatorship is?”

“What about a democracy?”

“That’s okay. Go sit with Amalia and Noelia. When it’s time, you’re going to help them, okay? No one is in trouble.”

I headed back into the classroom and had my students come show me their work. Normally, I roam the classroom and walk them through anything they might have trouble with. Yesterday, however, I sent them back to their seats and made them fix things themselves if there were mistakes.

The class was still quieter than it had ever been. They were miserable and confused. I was dying for it to be 6:45.

The Method Behind the Madness

Once Amalia, Noelia, and Aurelia came in, I dropped the Professora Ditadora act. “Did you guys enjoy the last 15 minutes?”

There was a chorus of “No…” but Jose’s “That was only 15 minutes?” was probably my favorite part. 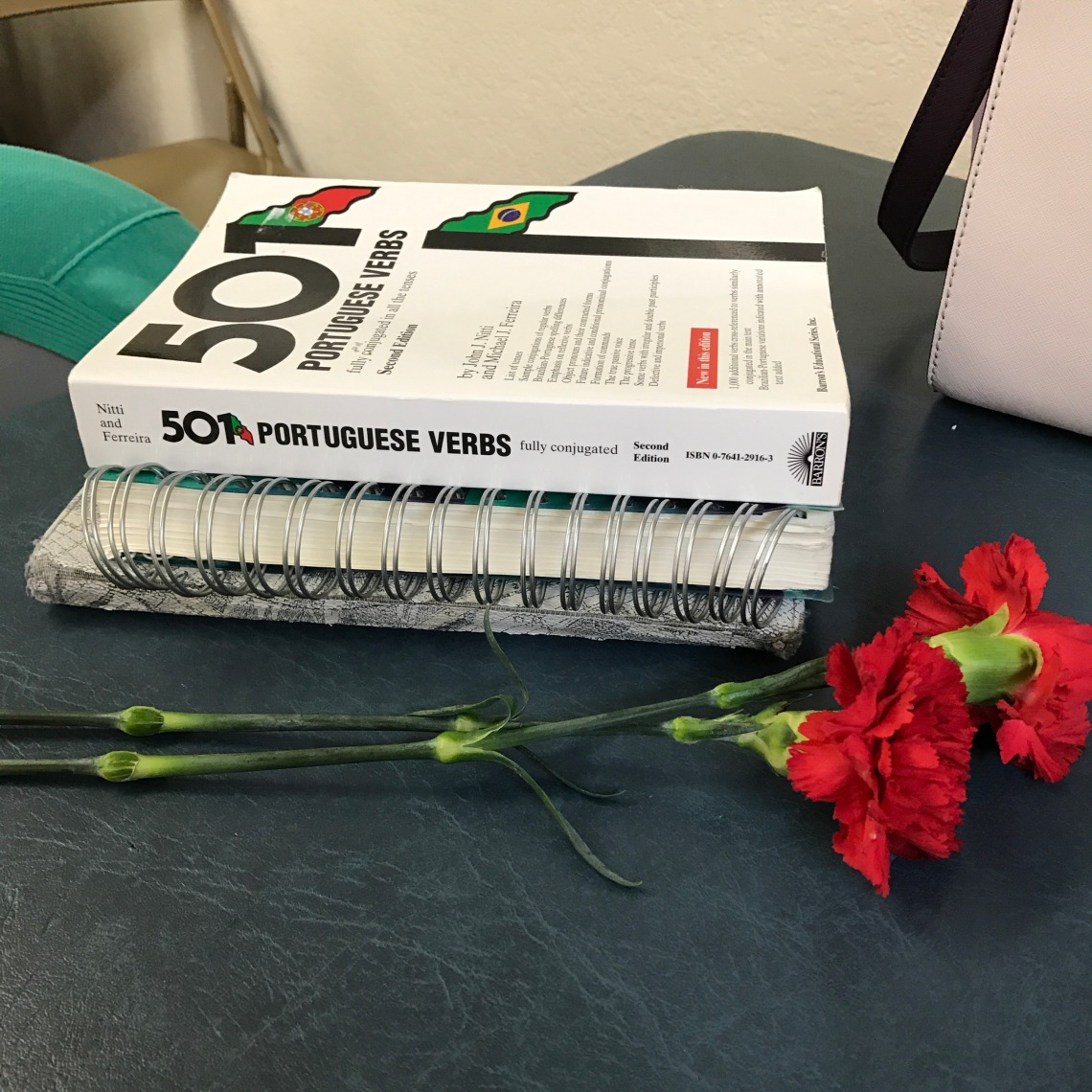 “Close enough,” I said, before giving them a kid’s version of the crash course above.

“I treated you guys the way you would have been treated before April 25, 1974. Boys and girls were separated because they had different rights. Women couldn’t leave the country without their husband’s permission or vote unless they finished high school. That was pretty hard to do because only the first four years of school were free.”

“Yay, no school!” a student that will remain nameless (because I’m not that mean) cheered,

“Not really. 25% of people couldn’t read or write,” I replied. “That’s why I took Amalia and Noelia away. They went to work instead of going to school and learning to read and write. Even the people who could read couldn’t read what they wanted. The government had to approve it. That’s why I took away your books and phones. That’s called censorship.”

“What about Aurelia?” Francisco asked.

“The government also used a secret police to control people. I lied about there being a spy, but in real life, there could be a spy in your neighborhood, your school, even living with you. You would never know. People were so scared that they turned their friends in.”

Valeria squirmed in her seat.

“It’s okay, querida. You were scared and wanted to stay out of trouble. People lived with that for over forty years. It ended for a lot of reasons, but one of the biggest ones was the army. Portugal had been fighting wars in their colonies in Africa.”

“My dad grew up there!” Sofia said.

“Yes, he did. Being a boy during the dictatorship wasn’t good, either. You had to be in the army for four years, and two of those had to be in Africa.”

Amaro piped up. “Our grandpa went to Africa! He cut hair in the army. Now he cuts ours.”

As worried as I was about this lesson, hearing my kids make these connections to our history as Portuguese-Americans made me glad that I did it. The 70s might feel like millions of years ago to them, but people they knew lived through those times.

“Your grandpa was lucky. Lots of people fought and died there. The army wasn’t happy about it. The people weren’t happy with not being free. The people couldn’t do much against the government because they were scared of the secret police. But the military knew that they could outnumber the government. So they took over Lisbon to kick out the government for the people. They were so happy that they gave the soldiers red carnations to put in their guns, since they didn’t need to fire them.”

“Ohhhh, so that’s why we got flowers,” Sofia said.

Teaching the Revolution in the Time of Trump

“So we should get the army to kick out Trump?” Francisco asked.

Ah yes, the inevitable Trump question, I thought. Having to avoid another meltdown while still telling the truth was going to be difficult.

“He’s only been president for 100 days, not for over 40 years. I don’t think he’s doing a good job, but things aren’t the same. You couldn’t meet in large groups during the dictatorship; that’s why I split you up. In America, we still have that right. It’s called freedom of assembly. We also still have freedom of the press and freedom of speech, so people can write and say whatever they want without the government censoring them. We might be fighting in the Middle East, but no one if forcing you to sign up for the army. We still have the right to vote for our leaders. We don’t have to wait for the army to change the government for us. You can vote for whoever you want when you turn 18.

“America isn’t perfect, Portugal isn’t perfect, but things were harder for your grandparents. Think about how lucky you are to not worry about your teacher spying on you… or hitting you for getting your schoolwork wrong.”

“Yep, it’s true. “Now, if there are no more history questions, let’s look at your homework.”

We spent the rest of the class going over -ir verbs, though I hope they remember the first part of class better because they have their whole lives to learn how to conjugate. I made their homework easy; ask your family what it was like before and during the revolution.

I’m not going to pretend that a couple of carnations made Portugal into a perfect democracy. Over 40 years later, they’re still coming to grips with the legacy of the Estado Novo. But that’s another blog post for another day.